Ahead of the start of the Euro 2016 tournament, AAT calculated the value of all the national team squads taking part to see whether squad values could be used to predict the tournament’s winner.

AAT used the market values of the 23 players of each national team squad to find each squad’s total value. 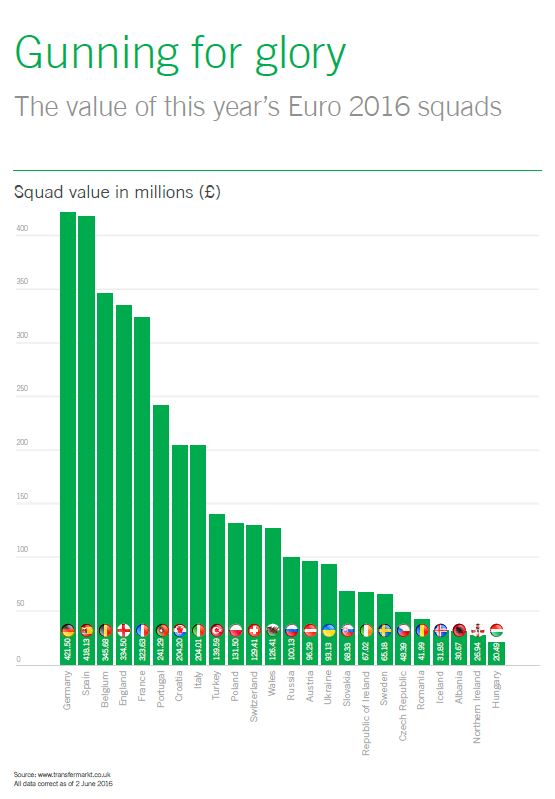 The results show that the five teams with the shortest odds on winning the tournament, Germany, Spain, Belgium, England and France have the most expensive squads – with England’s squad the fourth most valuable, meaning Roy Hodgson’s men should expect a semi-final spot. Smaller nations such as Northern Ireland and Hungary, who are outsiders to get to the later stages of the tournament, have squads which are a fraction of the value of the bigger national teams.

Having a world class player can push a national team’s value up higher, with Cristiano Ronaldo’s £82.5 million value pushing up Portugal’s squad, and Gareth Bale’s £60 million value being worth nearly 50% of the rest of the Wales squad put together.

Player values generally play a large part in football, with the most expensive teams usually the favourites to win tournaments. Whatever happens this summer, it will be exciting to watch and see whether any of the smaller teams can follow Leicester’s lead in shocking some of the more expensively-assembled sides. Ultimately, when they are out on the pitch, values mean little and it’s simply 11 v 11. 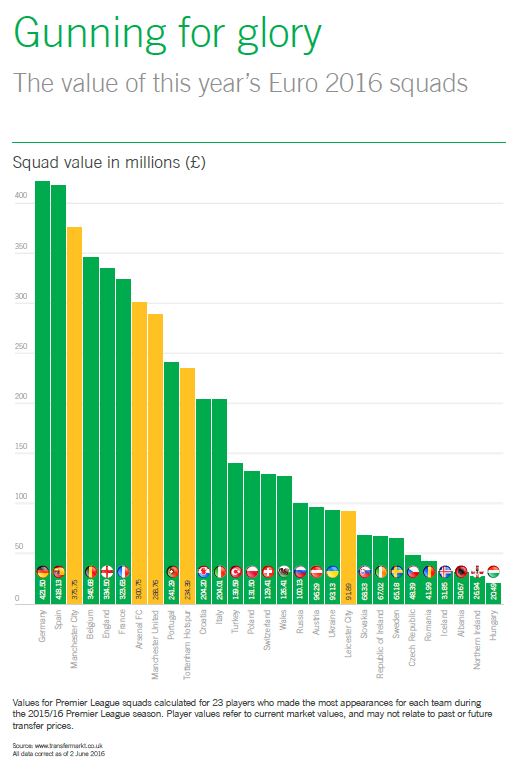