Ready for Q2022?
We'll get you on track
Advanced Diploma

Understanding marginal and absorption costing should be relatively straightforward, as it’s covered, in one form or another, at all levels of the AAT qualification. However, it’s a topic that continues to challenge us.

Let’s start by clarifying that both methods are concerned with production costs and both require good foundation knowledge of cost categorisation.

Generally, if a cost is variable, such as a production worker’s wages, then it’s also direct. Equally, fixed costs are usually indirect, for example factory rent.

This explains why calculations can be ‘built up’ starting with the prime cost, which is the total of all the direct costs, then adding any variable overheads in order to calculate the marginal cost.

When we add the indirect costs to the marginal cost we end up with the full cost.

For example, if the following costs are known:

Then both the marginal and absorption costs of production can be easily calculated by building up the subtotals, starting with the prime cost:

Then the marginal cost of production:

and finally the absorption cost of production:

Note that the administration, selling and distribution costs haven’t been included. This is because indirect costs can be split into production and non-production overheads and we’re just concerned with production costs.

So, if the figures used in marginal and absorption costing are the same, except for the inclusion or exclusion of fixed production overheads, why are both costing systems used?

Why we use marginal and absorption costing

As marginal costing is only concerned with the variable costs of production, it can be used to inform short-term decision making because it’s central to contribution analysis.

Marginal costing is used to calculate when individual products will break-even and discounts affect the break-even point.

However, when it comes to analysing how much profit has been made on total sales over a period of time, for the purposes of the financial statements, then we would need to use the full cost of production, which is calculated using absorption costing.

Producing statements of profit and loss

Let’s say that we agreed a 5% discount on the sale of 800 units of WS47 and the remaining 200 units were unsold at the end of the period.  Statements of profit and loss can be produced under both costing methods but will result in different profit figures.

The start of the statements will be identical:

This is consistent with our previous calculations where we ‘built up’ the costs, just presented in a different way.

The next difference is in the way that closing inventory is valued.

The quantity is not altered by the method, however the valuation is different. This is because under marginal costing, closing inventory is valued at the marginal cost per unit, in this case £24.50, whereas the full absorption cost of £29.50 is used in the absorption method:

You can see that there is a £1,000 difference between the closing inventory valuations.

The cost of sales is calculated next and, for marginal costing, requires the fixed overheads to be added:

You can see that the £1,000 difference in the closing inventory valuations impacts on the cost of goods sold figures.

Marginal costing values closing inventory at a lower cost per unit than absorption costing and this means that the cost of goods sold figure is higher using the marginal method.

The impact for both methods though, is followed through to the profit figures:

The difference in the profits is directly attributable to the £5 per unit difference in the valuation of the closing inventory ((£29.50 – £24.50) x 200 units = £1,000).  This is because the absorption method allocates a proportion of the fixed overheads to both the actual units sold and the closing inventory. However, the marginal method attributes all of the fixed costs to the period resulting in the lower profit figures.

It is due to this impact on profits that IAS 2 Inventories stipulates that inventory should be valued on an absorption basis, when included in financial statements, as it accounts for all of the production overheads.

The standard says that the cost of inventory should include all costs of purchase, costs of conversion including fixed and variable production overheads, as well as other costs incurred in bringing the inventories to their present location and condition. It is also why the non-production overheads were not included, until they were shown on the profit or loss statements.

The key differences between marginal and absorption costing are: 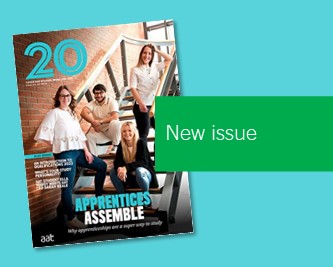