Phil Hall, AAT Head of Public Affairs & Public Policy, suggests that in light of recent events, now may be the best time to seriously consider a radically reduced VAT threshold.

Back in 2017, the Office of Tax Simplification (OTS) examined the possibility of VAT simplification and in 2018, the Treasury Select Committee held an inquiry into VAT reform.

Whilst some suggested an increase in the VAT threshold, and others argued the merits of reducing it, none went so far as to suggest reducing the threshold to such an extent that all must register. Indeed, AAT’s 2017 VAT Survey indicated that approximately 10% of AAT licensed accountants supported such a move, suggesting the measure had some support but that it was far from widespread.

The world has moved on quite dramatically since then. For example, the Making Tax Digital (MTD) programme has largely proven itself as a time saving, productivity boosting programme of improved reporting efficiency for most that use it. The British economy has become saddled with significant Coronavirus debts in addition to an already substantial structural deficit. Brexit has been finalised, but much disruption remains.

Finding ourselves in a markedly different place to 2017 certainly makes reinvestigation of this issue worthwhile.

There are two obvious benefits in ensuring all businesses have to register for VAT. These are that it would eliminate competition challenges between VAT registered and non-registered businesses and that it would remove the significant “cliff edge” problem that greatly impacts many small businesses’ behaviour and productivity i.e. ceasing to work or reducing work when close to the threshold.

As a result, there would likely be increased productivity amongst an already productive sector of the economy, benefitting individuals and employers and in turn an increased tax yield for the Exchequer. It would likely result in much higher levels of compliance too.

The UK would not be the first country to implement such an approach. Spain, Sweden and Italy already require all businesses to register for VAT/GST (Goods and Services Tax) and this appears to work well in those countries.

Critics will complain about the bureaucracy involved but MTD has already demonstrated much of this can be done quickly, easily and cheaply.

Furthermore, it is worth noting that 44% of VAT registered businesses are already below the existing threshold but have decided to register voluntarily – which they clearly would not do if they found the process as burdensome as some critics suggest.

An immediate reduction from a VAT threshold of £85,000 (one of the highest in Europe) to £0 (the joint lowest) could potentially cause disruption.

However, there is no need to reduce to £0 as in Sweden, Italy, and Spain. The threshold could instead be reduced to £12,500 to mirror the personal allowance (as AAT has suggested be used as the MTD exemption threshold from April 2023).

In recent weeks AAT has spoken to a number of business groups, accountants and think tanks who would not previously have supported such an idea but are now very receptive to it.

This change would also meet the 2019 Conservative Party manifesto commitments to, “…always consider the needs of small businesses” as it would eliminate both the cliff edge issue experienced by many small businesses as well as competitive challenges between those who are VAT registered and those who are not. In addition, it would help to “build a fairer taxation system”, another manifesto commitment.

What do you think?

AAT is keen to hear from you to find out if you would support such a reduction. With this in mind, please complete AAT’s two-question, one-minute survey here. 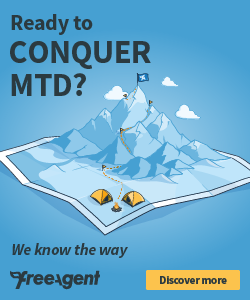