Robert Rowland launched his career in the “extremely fun” alcohol industry – travelling the world and partying for a vodka and then a bar business – before he and his now-wife Hilary had the inspiration for a start-up in a slightly healthier sector: fitness.

Now their company, Boom Cycle, encompasses four “high energy, music-focussed” spin studios, employs 45 staff and is set to expand to a staff of 65 across London in the next three months. Boom Cycle has seen growth of 70% between 2015 – 2016 and now wants to go nationwide. Here the 34-year-old entrepreneur explains how he’s done it.

Was there a ‘lightbulb moment’ that inspired Boom?

“We realised that the fitness industry was too full of people and businesses taking themselves way too seriously. We wanted to change the way that people viewed their fitness routine from something they felt they had to do, out of guilt, to something they looked forward to. Moving away from training focussed on numbers and ‘functional’ training, we wanted to make fitness fun! So we opened our first studio in October 2011 – we made a big bang for the opening but we’d spent about a year before that working on the business.”

Was it a smooth start from the word go?

No! We sold our house to fund the first site, we went straight into the deep end. But we also got a small investment from some investors, and about a month after opening they (our main source of monetary and operational support) went into administration, because their main backer had been arrested and was facing extradition! It all worked out in the end, and we can look back and – just about – laugh now.

How did you deal with worries about spinning competitors?

“We don’t really think about what others are doing, we were on our own for a while as the first company to do what we were doing in fitness, so then we welcomed some competition. Now there is a lot, but we just focus on what we want to do and what message we are putting out there and making sure we provide the best experience we can to our riders.” 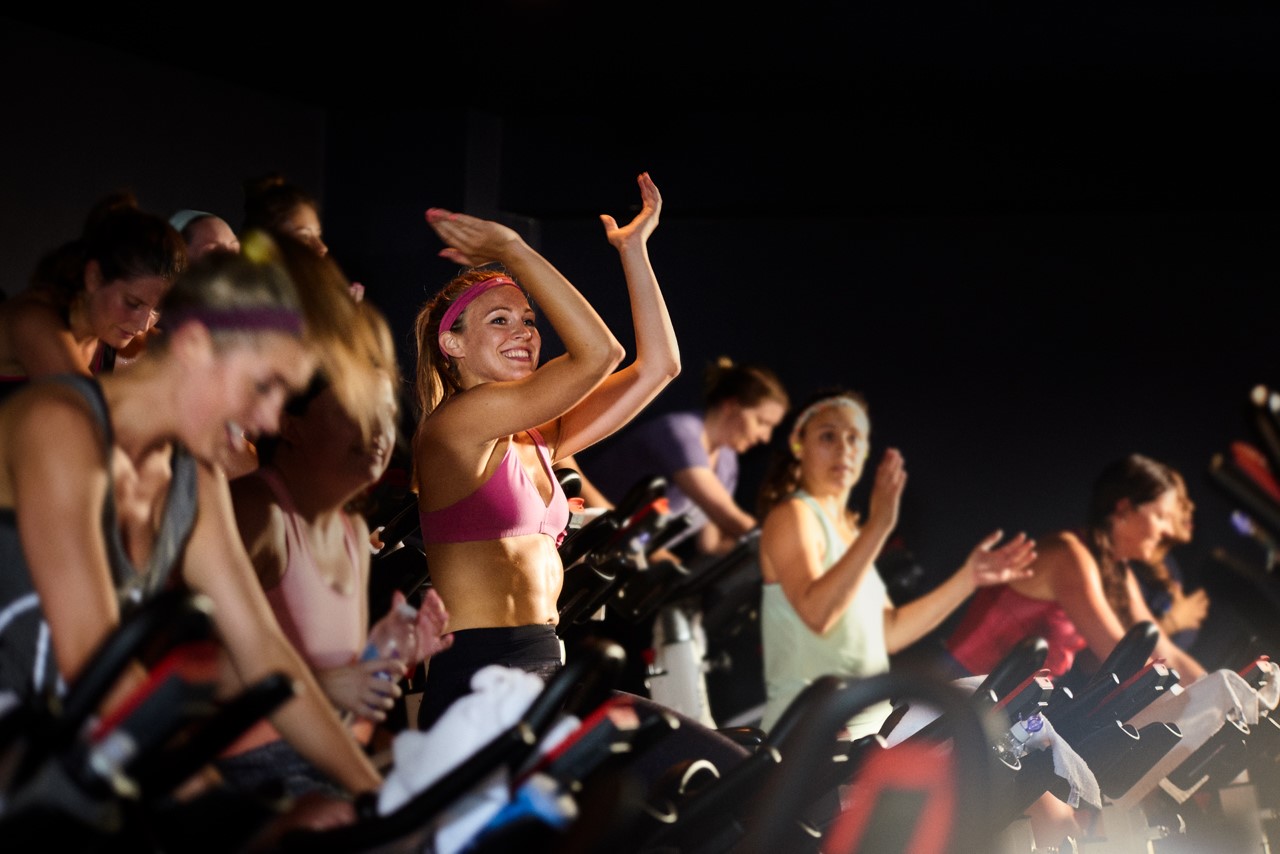 Were your friends and family surprised by your quitting your job to become an entrepreneur?

“Not at all – I’ve always leaned towards it, even when I was about 10 or 11 years old I used to wash cars, cut grass and roped some local friends in as well. I even had a square lined notebook to keep track of who owed me money and what I owed, my own mini balance sheet! By the time I was 12 I had saved enough to buy myself a Technics stereo cassette/radio player – I still have it!”

What were the key moments for your business?

“There was a lightbulb moment around the third quarter of 2014, where everything seemed a lot clearer, we were in the trenches and up against it and fighting for growth when things just suddenly clicked. We realised the mistakes we were making and made some quick changes – like simplifying the purchasing options and working really hard on communicating our brand values more clearly with the riders – and from then on growth doubled within 11 months.”

You make it sound so easy – were there any awkward moments?

“In our Holborn Studio we used to have unisex private shower pods. We once caught a couple going in together and having what can only be described as a ’loud’ shower together. No guessing what was going on there…”

Talking of procreation, what are your future plans for Boom?

“It’s hard to say what will happen but expansion, going overseas and a sale are all on the table. We’re aiming to grow to at least 10 sites over the next few years and have built a great team to do that. If a good offer comes in to sell then we’d look at it for sure but equally it could be something done gradually.” 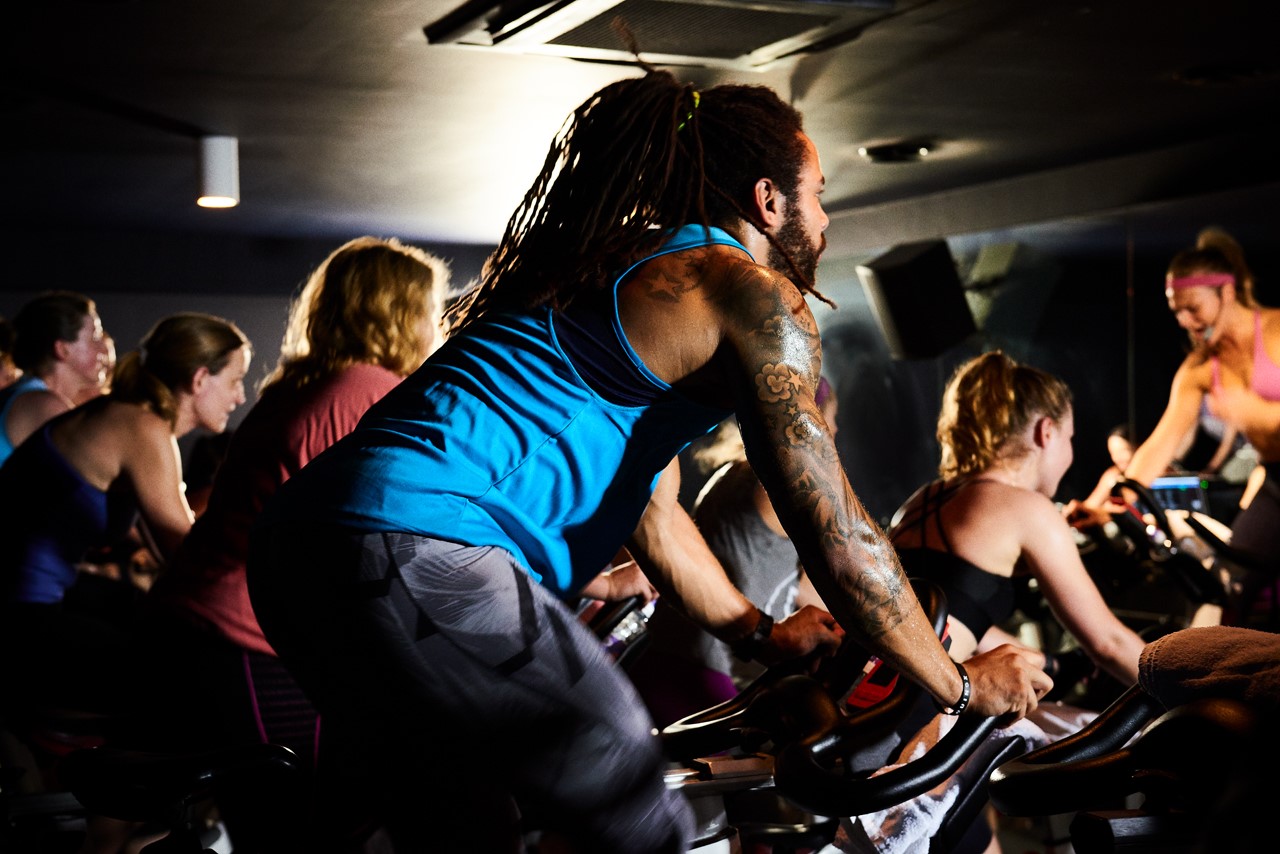 And who in business inspires you?

“One of my dearest friends is the founder of a drinks company called Sweet&Chilli, I was actually working for him before launching Boom, and I used to be so keen. I was one day trying to work out how to save him a few thousand pounds a year on straws and he’d always tell me not to sweat the small stuff – life’s too short and there’s too much fun to be had!”

What are your top tips for others thinking of starting a business?

“Be very, very clear about what the vision for your company is. If you can answer “what is the reason for my company existing?” in a meaningful way, then it’ll help all the decisions you make and mould how you form the company in the early days. To those thinking of a fitness start up, I’d say, keep it simple, accessible and sustainable. I don’t spend half of my salary eating some beans from the top of some village in the Himalayas to make me ‘healthy’… Make your product accessible to the general population, communicate the benefits well and know your consumer.”

Lucy Tobin is a senior writer at the Evening Standard, author and blogger.