The financial statements of limited company accounts are read by a wide variety of users.

These include business owners looking to see how much money the company is making, to employees wondering how secure their employment is, to suppliers wondering if they should offer more credit to the company.

One of the tools available to assess the performance and position of a company is ratio analysis.  It is vital for anyone wanting to gain meaningful analysis of the company that they know, not just how to calculate the ratios, but also what the ratios show.

One of the first things people will ask when looking at a company, is “is this company profitable?”  Two of the key ratios to look at when ascertaining profitability are the gross profit margin and operating profit margin.

However, in reality as sales volume goes up, the company is able to negotiate better trade discounts, so the material per unit costs less, therefore the gross margin improves.

Operating profit is the gross profit after the deduction of the overhead costs. So this is a good measure of how well a company is controlling its overhead costs, such as administration.

However, one of the key points of ratio analysis, is that no ratio should be taken in isolation. A company might have a high operating margin, but compared to its competitors it might actually be worse at controlling its overheads, but it just happens to have a really high gross profit margin which feeds directly down into operating profit.

It could be the case that a company is highly geared, however, if it is very profitable it might be able to easily pay its interest, so even if profits fell it should be able to pay its interest. Whereas a company may have low gearing, but if it has low operating profits in comparison to the interest charge, it might find that profits don’t have to fall much before it starts to have difficulty paying its interest payments.

Of course, there are many more ratios you would look at, and other nonfinancial factors you would take into account when analysing a company. 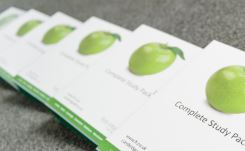