Accountancy is at the centre of any business. Therefore, when we work in the sector, we need to be able to communicate information clearly and appropriately with a range of audiences.

Often people are attracted to accountancy because they like working with numbers, and good numeracy skills are undeniably essential to our role, however, a good standard of English is fundamental too.

Imagine you’d spent weeks working on a project for a client, which involved lots of intricate calculations and resulted in suggestions that will save significant amounts of money. When you present the client with the proposal though, you run the risk of them rejecting it because the figures are too complicated, unless you can explain your calculations in a way that they understand.

In other words, your communication skills have to do your numerical skills the justice they deserve.

What are you being asked to do?

In order to improve our written communication skills, we first need a good understanding of what we’re being asked to do. In any written exam question, there will be an active verb, and understanding what’s required by this verb is crucial to being able to provide the information the examiner wants.

At foundation level the most common active verbs are:

But what exactly do they mean?

Select, name or otherwise characterise something

You may be asked to look at your weekly work schedule and identify on which day or days you have spare time, in order to cover for a colleague who’s on holiday.

Give the main characteristics, details and qualities of something.

You could be asked to describe a fixed cost, and in that case, you’d need to state what it is, by giving its main characteristics, details and qualities. Your answer could be:

A fixed cost varies over time as opposed to varying with production levels. Fixed costs are also classified as indirect costs and are commonly referred to as overheads.

Give the purpose or reason for something; describe how and why

You might be required to explain variable costs. Now you’d need to state what they are by giving their main characteristics, details and qualities, as if you were describing them, but you need to expand your answer to also include why. Your answer could be:

A variable cost is one that changes in relation to output levels. This is because these costs are ones that can be avoided if nothing is produced such as direct materials, unlike fixed costs such as rent, which will be incurred regardless of whether there is a high level of production or none at all.

Do everything that is being asked

Being clear about what we’re being asked to do is the first step to good communication. The second step is making sure we do everything that’s being asked of us.

Often our reading skills let us down here as we don’t read the full question. And if we do, we forget half of it or answer ‘a’ question instead of ‘the’ question.

The other month I was out with some friends and I was chatting to Jenny, who is a Geography teacher. She uses a technique called BUG to help her students RTFQ (read the full question).

Jenny gets her learners to:

Let’s look at a question:

Having boxed the verbs and underlined the key points, glance back over the question to ensure you read it all and understood it correctly. It includes a negative, the ‘not’, which if missed, completely changes the question.

Your answer should be along the line of:

A quick glance back over the answer in comparison to the question is a sensible check to ensure we’ve answered the question asked and included all the elements required.

Verbal communication is a two way process as it’s a combination of what is said and what is heard.

Written communication is the same. In order to produce a good answer, you need to have read and understood the question properly. Being familiar with active verbs and applying BUG to questions will put you in a good position to communicate information clearly, accurately and fully. 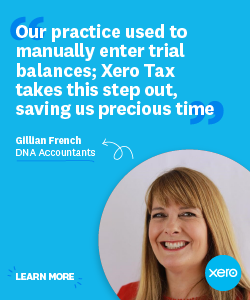