The roles of accountants face being reshaped , resulting in new roles and tasks.

Remember gossiping by the water-cooler or crowding round desks on Friday afternoons to celebrate the payroll manager’s birthday with Colin the Caterpillar cakes and a bottle of prosecco? Well, given the enthusiasm with which many large companies are currently embracing hybrid working (especially the big four and mid-sized accountancy firms), these snapshots of office life now seem nostalgic.

Shifting to hybrid is an experiment and it could prove to be highly disruptive. Although many of us have been working from home since the pandemic began, transitioning an entire workforce to these new patterns for the foreseeable future is going to be tricky. It could also bring changes to accountancy roles, from processing expenses to widening the talent pool.

Even more call for advisory

Handling the move to hybrid involves lots of big decisions involving costs. In recent months, CFOs may have been bombarded with questions from their C-suites, such as “How much money would we save if we get rid of our expensive real estate skyscraper offices and downsize to that co-working space down the road?” or “How much will it cost to equip homeworking staff with computers, ergonomic chairs and Wi-Fi boosters?”

“Many businesses are investing in new software, offering employees laptops and devices for working from home, such as standing desks and chairs,” says Katie Carew, managing consultant at recruitment company Michael Page. “This is where having an accountant or financial adviser will be key for businesses, as the rate of change will be so rapid, they’ll need to keep on top of where the money’s going.”

Scenario-planning will be an important part of accountants’ armoury. “Accountants can help businesses create a long-term plan looking at different scenarios,” says Carew. “For example, what will happen to company finances if 80% of staff work from the office full-time versus just 20% in the future?”

“This is a hugely significant change that we and our clients are going through,” adds Kevin Hogarth, chief people officer at KPMG, which is adopting a ‘four-day fortnight’. “But the transition towards hybrid working is very much the type of [advisory] work we are well-equipped to help our clients with, so we’ll be supporting our clients during this period of change.”

Those accountants who can use data analytics will have an advantage, says Carew. “When making big decisions about going hybrid, being able to interpret data and facts into layman’s terms will be essential,” she says.

Companies moving to hybrid have a logistical challenge: how do they ensure their staff are together in the office with the colleagues that they need to be with? As KPMG’s Hogarth says, “Our people enjoy the freedom to decide which days they want to come into the office. But there needs to be some organisation around that: we could have staff coming into the offices week-after-week with none of the essential colleagues they need to speak to choosing to come in on those same days. We need to think through what the right balance and structure should be.”

The logical mindset that many accountants possess could be a boon here, and they could be drafted in to help juggle staff rotas and workflow schedules to ensure offices aren’t always empty on a Monday morning.

Carew believes accountancy roles could diversify. “Accounting includes thinking outside-the-box, and given the disruptions we’ve had over the last 18 months, ‘typical’ accounting positions may vary from preparing accounts to creating an Excel spreadsheet on the new workplace rota.”

Prior to the pandemic, the finance business partner was a much sought-after role for mid-level accountants. However, as this job typically involved hot-desking between different departments, it could “become harder to do if people are working from home for most of the week”, says Chris Biggs, partner at accountancy consultancy Theta Global Advisors

Meanwhile, Carew notes that with staff not regularly at their desks under a hybrid model, “it can be difficult to build a rapport with other team members, which is an essential part of the finance business partner role.”

Carew also sees positive changes for auditors. “In audit, it might take longer to gain the information you need from the finance team via email, rather than being in the office,” she says. “However, remote working has saved auditors hours upon hours of travel time as they don’t need to get up early to drive 50 miles to a client or stay away at the other end of the country for weeks at a time. At the same time, it’s also saved businesses millions on expenses.”

Anders Liu-Lindberg is a leading advisor to senior finance and FP&A leaders on finance business partnering. He says:

“The key for finance business partners to be successful in a hybrid work world comes down to planning. FBPs need to do both deep-thinking work to problem-solve on complex business challenges as well as relationship-building with business stakeholders.

“Working from home lends itself well to the former and being in the office to the latter. Hence, FBPs must plan to be in the office when their stakeholders are and can be at home when they need to focus on analyzing issues and generating insights to make better decisions.”

Processing expenses will be different

As home working becomes a permanent fixture for many large organisations, expenses policies could change as a result.

Any staff that have been – or will be – working remotely are entitled to HMRC’s homeworking allowance, worth £6 a week (employees will receive this tax relief directly through their salary). However, if the worker already receives home expenses payments from their company, they won’t be able to claim for this relief.

Accountants working in payroll can expect more expenses forms and receipts from employees asking to be reimbursed for home computers and fuel bills. As such, your employer or client’s expenses policies may need updating as a result.

The ease of videoconferencing has had a profound impact on business travel (only a third of British business travellers anticipate returning to pre-pandemic levels of flying), meaning accountants will see fewer travel expenses land on their desks. However, as businesses invest in the mental and physical health of homeworkers, there could be a rise in expenses for employee benefits such as workout equipment and Pelotons (if the office gym is no more) and meal subsidies.

“There’s been an increased demand for finance professionals due to ad-hoc projects springing up relating to Brexit to Covid changes, so finding candidates with this in-demand skillset will be easier if the role is remote or at least hybrid,” says Carew. “But IR35 is a key factor when considering temporary or self-employed workers – many companies will need to determine if the role sits inside or outside IR35 which will ultimately have a difference on the candidate pool.”

Hybrid will open up the accountancy talent pool..

The UK’s disability employment gap is huge – in 2020, the employment rate for disabled people was 53.7%, compared with 82% for non-disabled people. It’s hoped hybrid working may improve job prospects for any accountants with accessibility issues. Previously they may have been dissuaded from applying for roles that may have involved a long commute during rush hour on public transport systems that aren’t geared towards disabled people. Likewise, those accountants who are working parents or carers of elderly parents could also benefit from the increased remote working that hybrid offers. It also widens the geographical reach for recruiters: meaning accountants living in rural areas can apply for roles at firms in cities such as London, Manchester, or Glasgow.

… But it could create a digital divide

Hybrid working also raises questions about those employees with a low disposable income. A recent survey by the Office for National Statistics (ONS) found that 70% of employees in Richmond upon Thames worked from home during the pandemic, while in Burnley and Middlesbrough the figure was less than 14%.

The same survey found that homeworkers were more likely to occupy senior positions, with people in their 40s twice as likely to be remote-working than staff aged 20-24 (possibly because the logistics of homeworking are difficult when sharing a house or living with parents).

The former group (happy homeworkers in their 40s) are “effectively getting a pay rise for working from home”, says Biggs. As younger staff on lower salaries may be more eager to spend more time in the office (possibly because of the challenges of working in cramped conditions at home, whether that’s a house-share or living with parents), they may be spending more of their hard-earned wages on commuting, workwear and expensive lunches. 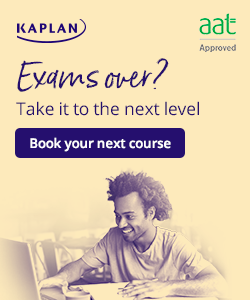 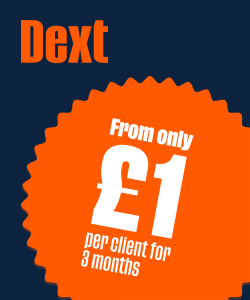