Earlier this month, Tesco announced it would be repaying £585m of Coronavirus (Covid-19) related business rates relief to the Government.

This was over half a billion pounds of taxpayer’s money, paid to a single retailer as part of an overall package to help the high street deal with the economic shocks caused by the Government’s response to the pandemic.

AAT warned back in September that business rates holidays for big business could be perceived negatively, particularly if companies made large dividend payments to their shareholders at the same time.

Such behaviour was increasing calls for a windfall tax of supermarkets or a more general windfall tax on any business that had profited from the pandemic, including online retailers like Amazon, technology companies such as Zoom and the pharmaceutical industry in general.

The voluntary decisions taken by supermarkets this month are undoubtedly a positive step and suggests a willingness to act in good conscience on this issue. They will also reduce any calls for a windfall tax on the sector, which is no bad thing.

The false promise of windfall taxes

Introducing a new windfall tax would be a populist measure that might provide a temporary sense of satisfaction for some. But such gratification would be misplaced. Ultimately windfall taxes lead to higher prices for all of us.

We saw this in 1997 when the new Labour government imposed a £5.2 billion windfall tax on utility companies. Initially, it was popular. But ultimately, utility companies passed the costs on to the consumer in the form of higher energy bills.

That’s why, in AAT’s September 2020 submission to the Treasury Select Committee inquiry into Coronavirus After Tax, we made clear that a windfall tax is not in the best long-term interests of businesses or consumers.

We recognised the attractiveness of a windfall tax, especially to a financially hard-pressed electorate. But we argued that it would also send a worrying signal that any successful business may face punishment for this success further down the line. Also, it does not engender tax certainty for the business community.

Now that supermarkets have largely removed any arguments for a windfall tax upon them, attention may turn to other sectors.

In the case of retail, the actions of supermarkets have clearly had significant knock-on effects with the likes of B&M (£80m), B&Q owner Kingfisher (£130m) and Pets at Home (£29m) subsequently making promises to return taxpayer funding.

In total, more than £2bn of such commitments have been made in less than a week.

The repayments are a positive development. They reduce or eliminate calls for windfall taxes, they demonstrate that the UK does have a thriving responsible business community and they make a small but important contribution to helping Government reduce the £400bn cost of tackling the pandemic.

The case for business rates reform

However, they don’t entirely dissuade some from calling for windfall taxes on other sectors and perhaps most notably do not address the underlying need for a radical reform of the largely broken business rates system, which has played a part in these problems.

HM Treasury concluded their “fundamental review of business rates” on 31 October 2020 but is yet to publish its findings. For businesses large and small action on this vital issue cannot come soon enough.

Adam Harper is AAT's Director of Strategy and Professional Standards. 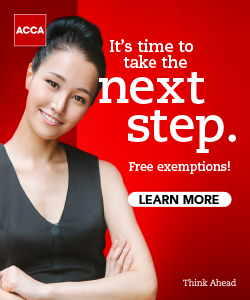